I am finding this happening to me…from within me!

“When you start seeing your worth, you’ll find it harder to stay around people who don’t.”

Worth by Emily S. P.

Hi Constance…Ima put a few links here…to some earlier poems buried in the reams of this blog, lol!

(Hey, it’s fascinating to me to read thru the early days, and where I was then, so shattered and so cared for by Them!)

This is for georgiakevin, who said he had not had the chance to read may things yet.  Hey GK…please find your way how you most enjoy…here are some links to some of my poem kids that I love and adore.  Love, Charissa

The Great and Long Reduction

If I Could Go Back

This one is my bff’s fave:  Come Home To Yourself

OK GK…that will be enough ta get you going…then just browse around.  I think poetry alone there are like 180 pgs of poems..

Right now, though, my 3 favorites are my two newest babies…and they are right up front still:

Her Door, Her Red Door (for my counselour) and The Chisel’s Hungry Bite…and Phoenix Rising

Thanks again for your courteous gallant wise edifying words!

Constance…heartbreaking.  Abso heartbreaking, and tragically illustrative of the heart and mind that values itself and its own thoughts over all else. Honestly?  I shudder to think what the thinking processes I mentioned in my last post would do with this person, their family, and country of origin.

Take away quote:  “During the inquest, her family demanded Keane be referred to her birthname and to use male pronouns. This is was in despite of her name had been changed by deed poll and she was in the process of transitioning ”

God…oh god, have mercy.  Here their child has been driven to the ultimate despair and taken her own life…and the family is still fighting the battle to other her, police her, even in death.

I want to give the benefit of the doubt…grief is a hard thing, and people do crazy stuff when they do not deal with grief.  But I think of myself, my own griefs and deaths experienced…and all I felt then was that I would have done anything, said anything, become anything to have my grandma…my other grandma…my father…my mother in law…Eliza Jane…to have them back, even for 5 minutes.

I have had an experience that has unsettled me today.  I want to share it, find out from you if this is a common experience for you online, and make an exhortation to you as readers here.  Okay?     🙂

So…I stopped by a site that I enjoy, one I visit regularly as I am delighted by the content on a nearly daily basis.  This morning, drinking my early coffee and thankful for an easy day on vacation with nothing to do but write, ride my bike, and see my naturopath (all systems go!  Yaaayyy!!), I stopped in there…

…and read a lil nugget which I since discovered was a headline from a news feed and presented as a “found poem” (I have those, but never in headlines!  Mine are usually lurking in wind chimes and waterfalls, mists and moonlight, meadows and mountains)…and then said headline was added to something that I later had defined to me as “just a fact”.

Aside:  Constance, is there such a thing as “just a fact?”  or “just a fact?”  What was meant by it, I think, was that it was a common bit of information that everyone knows is so.  Certainly mathematical values are true…maybe facts?  “Fact” is defined as “a thing that is indisputably the case.”  Now, there is at least the fact that we all do find foundational the notion of an absolute truth…even those who argue there isn’t.  Just tell them they are silly and you don’t need to listen to them because they are right, there is no absolute truth except for that they stand on when teaching us there isn’t any!  Giggle…even to ditzy me it is obvious that this is a self-defeating rhetorical position.  So yeah, we do know there are facts, but here is the complication:

“Facts” are perceived and interpreted by human beings…with a particular point of view in a particular historical context and a particular life experience!  When you assert to a person, in the effort to validate your p.o.v. or your argument, that it is “just a fact”, you have stepped out onto ice that is deceptively thin and treacherous  There are countless ways that this can be falsified.  One merely has to think back to historical times when it was “just a fact” that the sun revolved around the earth, or that witches always floated.

My point is not that there are no facts, but rather the use of such a phrase as shortcut thinking employed to dismiss the need to consider and apply much needed nuance.

As I read the lil nugget which was the combination of a so-called found poem and a headline there was a link to the story the headline was about…except that the link took me to a political document designed to draw attention to the ways that educators were being treated unjustly (in this person’s point of view, likely also definitely just a fact(s).)  Which puzzled me even more.

But it was after, on the comments that followed, that my heart was increasingly hurt and distressed, and I was filled with a hurt and disappointment…I think mostly with myself, as I had attributed a much higher level of discourse and orientation to this place than I was seeing.  I was disillusioned, and this was my own fault.

Snarkiness and that odd form of inside-the-group glee that seems to take over with groups as they can “other” some other people group, nation, social class, spirituality, or you name it.  We see it most commonly happen with issues of race, and issues of nationalism.  And I am absolutely undone as I watch intelligent people who would never ever broad brush one another glibly and without thought get carried away in the comments.

Of course, a group that I am a part of by birth was the butt of the derision, and of course I felt hurt.  But I was not hurt that the put downs and one-ups-manship was directed at the group I was born into…rather it pained me to see what I had thought was an intelligent and sensitive person with a far more open hearted orientation to people on the basis of their humanity slowly emerge to me over the day as more deeply entrenched as a nationalist thinker than I had imagined.  Not once prior to today had the person’s nationalistic membership occurred to me.  I don’t recall if I ever saw anything like this in the comments, which I read due to the witty and sensitive replies by the site administrator.

I wrote in, expressing my surprise and dismay, expecting (naively, apparently) that the person would consider my comments and moderate their own.

Instead, I got one of those cut and paste emails (you know the ones, right?), where my words were pasted back to me, and then the rebuttal to them proceeded with a cherry-picked interpretation of what I meant in what I wrote.

All in all, very distressing, and the clincher?  I had referenced my being transgender as an easy example of my broader point that it is far too easy and hurtful to judge people and groups by the labels attached to them…and the reply concluded that I was objecting to the misrepresentation of a whole nation on the basis of labels because this misrepresentation has happened to me because I am transgender.

In other words, it was not possible that it was wrong, and a violation of grace to broad brush a people group…no, I had the issues with it I had due to my deeper issues and past hurts.

First, I was stupid and naive to write and expect something different when the evidence was staring me in the face that the snarkfest was far too delicious to listen to a different take…bad on me.

There is no place for that…times are too short and the issues are too grave with what we are about here, and the rewards for persevering in grace too grand to miss out on!!  I have come to know this readership as diverse, generous, intelligent, and above all united in the common determination to do justice, love mercy, and walk humbly!  Comment after comment has proven this out.  Here, the broken, the outcast, the alien and stranger are not only welcomed and received, but honored and lifted up.

If this is not so…if I have ever, ever “othered” you, policed you, treated your feelings casually and dismissive, then I beg your forgiveness and want to dialogue with you so that I can apologize and then make restitution to your heart for such insensitivity on my part.

If I have ever placed my group, my country, my politics or spirituality over our common bond as human beings sacred and invaluable in our existence, then I was badly wrong, and out of tune with Them whom it is my greatest desire to represent with accuracy and fidelity.

I will tell you the rest of the story:  I turtled and ended the conversation.  I don’t have the stomach for debate when generalities and tropes are called facts and discourse and attentive respect are the currency buying deeper connection and relationship.  And I came over here to write about it, to write it out and think it thru.

Constance…please come here.  Please when you do know that we are here for joy, for grace, for progress in bringing light and banishing darkness…and above all as a place to grow, together.  Be diverse in your thought and opinion…we blind need each other’s piece of what the elephant is, and monolithic thought in almost any capacity is extremely dangerous to the discovery of Truth…

…but in the diversity of your thought, always be monolithic in your commitment to love, to do justice and love mercy, and to walk humbly!

In sorrow over the day’s distresses, and gratefulness for your shoulders to weep on and even snot on a lil. 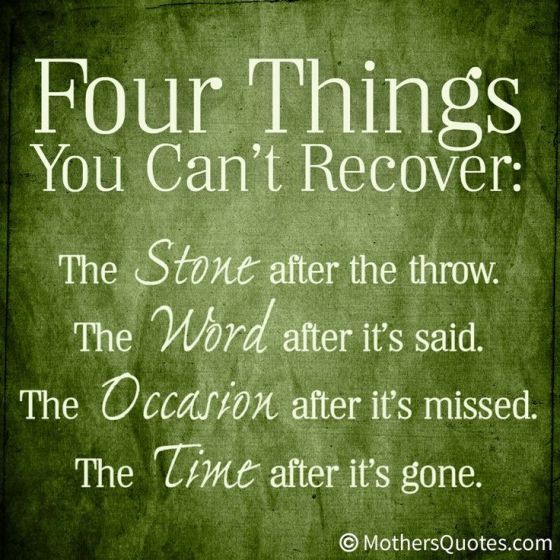 Each and every day, my Mama, the wonderful Lady Grace and Great Holy Spirit of the Almighty God of the Universe has dealt with me generously, recompensed me with great favor and grace, and has and is ripening me.

She has given me Herself, and ladies from Her courts as sisters, friends, and companions.

I am ever eternally grateful to you all