Constance, I am writing this post to you all, in hopes that someone would read and understand that the unsolicited correction of another’s point of view or conviction is almost never ever proper or appropriate…especially if they are someone you are not in daily relationship with!

I have a friend…I would say she is my very closest friend save my darling and our children.  Other than them, my friend is my heart…her words are like life and death to me, her silences agony and her noises symphonies…and her hurts are my badges, her wounds my vendettas…I am not proud of the latter, I am keeping it real.  That is how I feel.

Well, this friend received an unsolicited rebuke from a reader, a stranger that my friend had previously never been aware of, a person who is one of her readers.  This reader took it upon herself to tell my friend that she was likely going to hell, was sorely mistaken regarding a significant spiritual experience, and then proceeded to lay out her views of what the Bible teaches regarding salvation and faith.

This person acknowledged openly that her opinion had not been sought out or asked for, but then justified forcing it on my friend by saying that since she (the reader) knew “the truth”, she (the reader) would have her (my friend) blood on her head (the readers) if she remained silent and did not bring about this correction…no, she did not literally use those words, it was a variation on that common theme, and that was certainly the assumption.  It arises from the verse in Proverbs that says if you see someone being dragged away for destruction and you don’t intervene, then their blood is on your head…a stretch at minimum and outright misinterpretation at maximum!  Far better to follow New Testament exhortations of self-policing before saying anything corrective to anyone else!!

The final, ignominious nail pounded into my friend’s heart was a sop about how this whole thing was “done in love” and sincerely hoped that my friend wouldn’t take offense!!

Are you freaking kidding me?

This is wrong on so many levels…but let me just touch on something very basic, and that is the wisdom of giving correction.

Correction should only be given to people you have relationship with, directly and intimately.  Period.  No, you are not the only chance some stranger to you online has to go to heaven, and God is going to send them to Hell and beat the crap outta you if you do not speak!  You are deluded, and projecting your own evil heart onto God…He isn’t like you are.

God has servants everywhere.  God used a donkey to speak to Balaam, so he doesn’t need you to make an ass out of yourself!

Next…if you do have relationship with someone, and they do need correction, but you do not have a bank account of edification opened in them?  Then shut your face.  Period.  You should have at least 10 fold positive words spoken into someone’s heart for every one corrective word considered!  Let alone actually spoken.

Oh I can hear you…I have heard you, your cousins and aunts and uncles and other fellow heresy-hunter correctors…you just LOVE us sooo much, that you just have to speak to save us.

Here is a novel idea…just pray.  Pray that God will bless this person with Their Presence, that God will do for them what They did for you.  I mean, remember?  When you came to Them?  You were an enemy of God, actively opposing Them, and dead in your sins.  No, don’t lie…you were.  Scripture says so.  So if you being dead can somehow manage to end up saved, can’t the one whom you have judged condemned?  Last time I checked, dead things couldn’t save themselves…except zombies, and that is what you become when you do this unwanted correcting!  A spiritual zombie, biting the living and infecting them with your own poison.

Follow Philippians 2:  consider others above yourself…and then Phil 4: focusing on the good and dwelling on that.

I promise you…They can get thru to anyone.  So look at yourself, not others, not her…first tell God with utmost certainty that you know your heart and that you know your motives (if you do, then you are better than King David, by the way)…then and only then can you even think about praying about possibly correcting another.

Oh, and for the record?  My friend?  She is God’s property.  He is dazzled by her in His love for her…and He is pledged to perfect that work that He began in her in Christ Jesus until it is through!

Hi Constance…this was just too good, too powerful to not post up here for you…please read and consider it?  And as always, if you are not christian, try to not be put off by that orientation, but rather, parse it out for those universal principles of light and life that apply to all humans all places all times.

In much gratitude that you ever come here to read…

A familiar fable tells of the hunter who lost his life to the leopard he himself had saved as a pet for his children when the leopard was just a cub. The moral of the story can be deduced easily from the title, Little Leopards Become Big Leopards; or else, sin is easier to deal with before it becomes a habitual practice that eventually defines our lives.(1)

Though the story as it stands is a beautiful illustration of a profound truth, there is a deeper lesson regarding the nature of sin that is easily concealed by this line of thinking and which, I believe, lies at the very essence of the Christian call to Christ-likeness. The problem is that the parallel between little harmless leopard cubs and little harmless sins can be dangerously deceptive.

Whereas leopard cubs are indeed harmless, there is no stage of development at which sin can be said to be harmless, for individual acts of sin are merely the symptoms of the true condition of our hearts. It is not accidental that the call to Christian growth in the Scriptures repeatedly zeros-in on such seemingly benign “human shortcomings” as bitterness, rage, anger, harsh words, slander, and malicious behavior (Ephesians 4:31).

In his watershed address, The Sermon on the Mount, Jesus placed a great deal of emphasis on lust, anger, and contempt—behaviors and attitudes that would probably not rank high on our lists of problems in need of urgent resolution. Armed with firm and sometimes unconscious categories of serious versus tolerable sins, we gloss over lists of vices in the Scriptures because they seem to be of little consequence to life as we experience it.

But when we fail to grasp the subtleties of sin, we run the risk of rendering much of biblical wisdom irrelevant to our daily life and practice. While we appreciate the uniqueness and necessity of the sacrificial death of Jesus on our behalf, his specific teachings can at times appear to be farfetched and the emphasis misplaced.

Does it not seem incredible that the God who made this world would visit it in its brokenness, dwell among us for over thirty years, and then leave behind the command that we must be nice to each other? Can the problems of the world really be solved by having people “turn the other cheek” and “get rid of anger and malice”?

Unfortunately, those “little” sins are not only the mere symptoms of a much bigger problem; they are also effective means of alienating us from God and other human beings.

How many careers have been ruined only because of jealousy?
How many people have been deprived of genuine help as a result of the seemingly side-comment of someone who secretly despised them?
How many relationships have been destroyed by bitterness?
How many churches have split up because of selfish ambitions couched in pietistic terms?
How much evil has resulted from misinformation, a little coloring around the edges of truth?
And have you noticed how much we can control other people just through our body language?

From the political arena to the basic family unit, the worst enemy of human harmony is not spectacular wickedness but those seemingly harmless petty sins routinely assumed to be part of what it means to be human.

According to a NASA scientist, a two-degree miscalculation when launching a spacecraft to the moon would send the spacecraft 11,121 miles away from the moon: all one has to do is take time and distance into account.(2)

How perceptive then was George MacDonald when he uttered these chilling words, “A man may sink by such slow degrees that, long after he is a devil, he may go on being a good churchman or a good dissenter, and thinking himself a good Christian”!(3)

Similarly, C.S. Lewis warned that cards are a welcome substitute for murder if the former will set the believer on a path away from God. “Indeed,” he wrote, “the safest road to Hell is the gradual one—the gentle slope, soft underfoot, without sudden turnings, without milestones, without signposts.”(4)

Now the decisive path out of this quandary is not just a greater resolve to be obedient to God. Such a response is usually motivated by guilt, and the duration of our effort will be directly proportional to the amount of guilt we feel: we will be right back where we started from when the guilt is no longer as strong. The appropriate response must begin with a greater appreciation of the holiness of God and a clear vision of life in God. It is only along the path of Christ-likeness that the true nature of sin is revealed and its appeal blunted.

Yes, brazen sinfulness is appallingly evil and destructive, but it only makes a louder growl in a forest populated by stealthier, deadly hunters masquerading as little leopards. It is no idle, perfunctory pastime to pray with King David:

Search me, O God, and know my heart;
Test me and know my thoughts.
Point out anything in me that offends you,
And lead me along the path of everlasting life (Psalm 139:23-24).

J.M. Njoroge is a member of the speaking team at Ravi Zacharias International Ministries in Atlanta, Georgia. 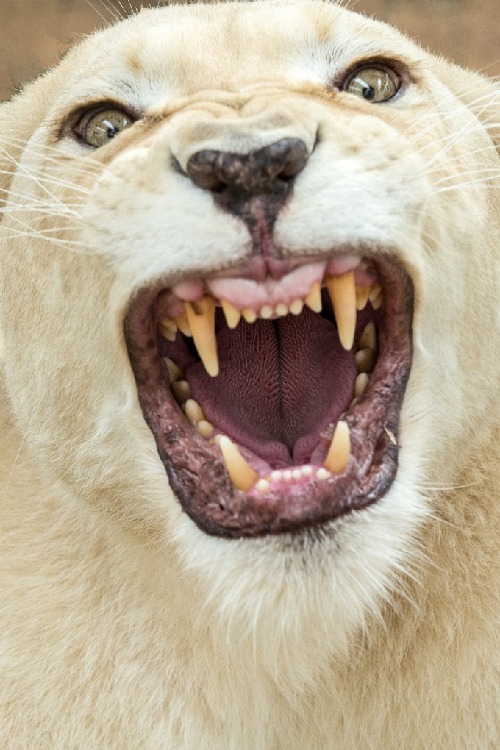 (2) John Trent, Heartshift: The Two Degree Difference That Will Change Your Heart, Your Home, and Your Health (Nashville: Broadman and Holman Publishers, 2004), 17.