if you write this off as “fake news” you sign the line that satan offers you…your own piece of mind and security and prosperity in exchange for your soul. 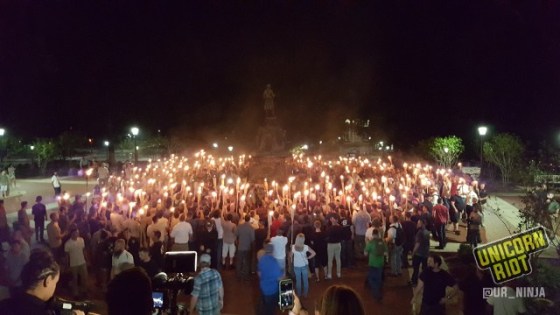 Charlottesville, VA – A group of hundreds of neo-Nazis, KKK members, and other white supremacists in town for Saturday’s ‘Unite The Right’ rally assembled at ‘Nameless Field’ on University of Virginia (UVA) campus Friday night.  The group was marshaled by a security team who instructed them to march in a column bearing lit tiki torches. […]