Thanks to you, Sissa…your beautiful calm reassuring spirit was medicine for me on one of the most difficult and bleak days I can recall every having survived.  On October 1st, my naming day, I looked like this:

And then, less than 2 weeks later I was torn and empty and befuddled…branded with names that are not me, with deeds that are not me and with words that were not mine…and somehow in all of it I was seen as the cause.

And then you took time today and found my heart.  Truthfully, I felt that it had been torn out and stomped on and I couldn’t find it!  But you did…you found it and spoke life.  I owe you a debt of love, and intend to pay!  🙂

Thanks for being there…for knowing what it is like, in the dark night, and for keeping the faith!

Constance, I think I will be okay to post about this, as it is unrelated to the other issues I am dealing with in my life.

I want to talk about terminology…and the way that an issue is presented, discussed, talked about and written about has such a profound effect on the overall zeitgeist of what the issue actually is.

Let me build on the article I posted yesterday (right here is the link again:  Gender Confirmation Surgery:  What’s In a Name? ), and tell you a bit about what it is like to be someone like me…or really, someone from any minority group that is little understood…but I only know about mine, right?

First, you would correct them…but wait, then you see the looks of confusion, or puzzlement, or irritation, cus no one likes being corrected for anything.

So then you will think, well, I just wasn’t careful enough…what is obvi to me is hidden to them, for whatever reason.  So you decide to explain a bit…and the eyes glaze over, or they roll cus you sound so condescending and pedantic in your convoluted attempt to explain you are the gender you are.

Next, you will check yourself…your dress, your pants, your shoes, all the visual cues you can control, your voice and your walk and gestures…but nothing works.  No matter what, you are still called the opposite gender.

No…really try to take a moment…don’t just read the next line.  Please stop:  imagine…there.  Now you are getting a scintilla of the experience, minus the wonders of the gut-grind of dysphoria.

That is the first thing.

The next thing is say that it was permanent for you…and you needed to do something or die.  You began transition, and you found others who are like you for support…and then lo and behold the culture begins changing a bit.  You discover allies!  Even friends!!  YAAAAYYY!!!!

But you also find that there is a lot of simply uninformed thinking operative in those allies and friends.  You feel like you already are getting so much forbearance from them that it seems nit-pickish to point out their well intentioned but inaccurate vocabulay…or the truly supportive but incredibly wounding comment…what do you do?

Correct them, to save them future embarrassment and feeling bad because the support they intended ended up wounding just like the bullies who misgender on purpose?  Or overlook it, and continue to try to educate as a context for the relationships so they can soak it up and find themselves in the right spot organically.

And it is a defeating hurt, a deflating one…punctures, drains, and then, nothing but empty and worthless…the shell seen and nothing inside.

I don’t know what is right, so I will just tell you what I am choosing here:  I am going to try to gently, gracefully and lovingly correct.  As I do that, I will ramble and say waaaayyy more than I likely need to…cus I would rather err on that side than the terse too brief and too open to question posting of “just the facts” Joe Friday style.

Part 2 will continue below.  I hope the things I write here have some impact…honestly I often feel like it is shouting into a canyon and what I hear coming back is just the echo of my own voice in the lonely stillness.  But that is nothing I can control…I write, so that is what I will do, regardless 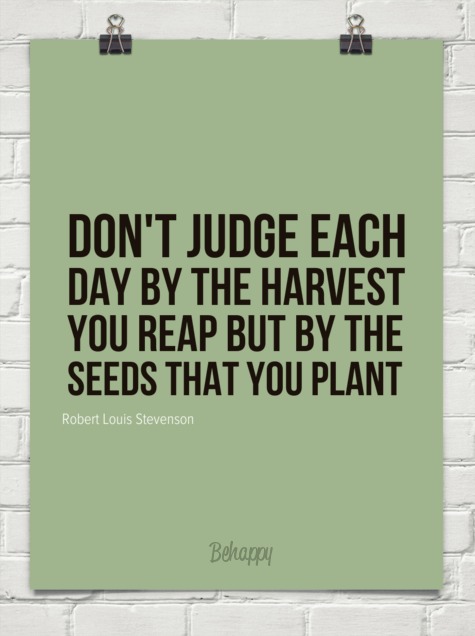 Hi!  🙂  Still with me?  GOOD!  Let’s move on now to a very sensitive and very important understanding you need to have if you are a trans-ally and/or friend:  the misunderstanding that a transgender person is “changing genders” or “changing sexes”.  You simply have to get this right, because the proper understanding of this is what will give you the heart connection with the plight of transgender people, and begin to expose the presupposition that biology is the locus and genesis of gender.  If you need some information about why that is not so, it is readily available on line.

When you as an ally say to your other friend “I have this friend Charissa that I really love…she is changing sexes from male to female”, you think you are saying something affirming and supportive, right?  And I get that.  I do!  You want to help explain what is occurring in my life, you want to show an identification with my quest, and you want to support me.

But here is the problem:  from my standpoint I am not changing from male to female…because from the time I became aware in the world, I have never ever thought of myself as male!  And that is the core of the horror itself!

When you as my friend tell someone “My friend Charissa was sooo brave today.  He had the courage to be himself and paint his nails and wear his female clothes”, you think you are speaking of my courage and my grit…but you are actually wounding me very deeply by not really really grasping that your friend Charissa is not a he…and has never been a he…in spite of how I look.

I look the way I do because at puberty my body was flooded with testosterone…and if you are a natal female, the exact same thing would have happened to you!  Think about that for a moment:  imagine all your hopes and dreams as a young girl growing up, excited for the moment you began to blossom…and then instead you sprout, and sprout, and poke out, and other things worse…

Please…I am not trying to be a jerk!  I am not trying to be that shrill on-guard defensive lashing out at everything anyone says sort of person.  I am trying to let you know that if you really do care for your trans-friend or family member, your words will be life or death to them, regardless of the intent behind them.

I posted to the really good article on Gender Confirmation surgery in Part One…I want to say a little about my own feelings on this topic: it hurts me when people say to me I am changing sexes…even when they mean well.  It hurts when I am afraid to correct them because it might hurt their feelings.  It hurts me to not correct them because they will continue to speak the way they do in complete innocence but sadly rooted in total ignorance and will thus continue to wound not only me but any transperson they run across.  And it hurts the worst when they finally figure it out, and they are then horrified and wounded that I never said anything.

That is my dilemma…I feel like every option is a bad one for me, except for maybe the possibility of writing about it here in one of my interminable mewling whining posts that drones on and on…

I have never identified as anything other than a woman.

So that was me…long winded and trying to be as gentle and kind as I possibly can, bleeding and feeling like it is an unwinnable battle…trying to educate on trans issues

Constance…I really am trying to help you…really, even though it seems like I am trying to school you or correct you, I am not.  And frankly, right now I just want to run away and never come back and let the world just roll on.

But I have pressed thru too many times of discouragement to not know that tomorrow is another day, and joy will always find a way.

So in the meantime:  your transfriend is who they say they are.  They want to be loved by you if you say you love them, and they want to be talked to the way you would talk to anyone.  If they are female, then they are not getting a sex change male to female…they are undergoing the medical treatments their body needs to live a fulfilled life (just as you would if you were natally female but you had a hormone disorder and didn’t make estrogen naturally, or you made too much testosterone)…

I am Charissa Grace…I am confused, discouraged, hard pressed…and I am determined to not go away and let the pain that has already been spent to all be wasted.

Sowing in tears, hoping to reap in joy, and seeing more clearly than ever that my name is my only hope

Hi Constance…I am on this roller-coaster of de-tox and healing as I go thru these waves of feelings.  If you have been in abusive situations/environments, and then determined to walk away and heal, then you know what I mean.  Rage, Incredulity, Bewilderment, Angst, Mourning/Grief, Sorrow, Guilt, and moments…of peace.  And then it starts over again…and again…and again…

Life has enough ups and downs as it is, right?  Everyone goes thru crap in life, everyone has moments and moods…but there is something different about this, something I have never experienced, never saw…cus I was inside the belly of the beast.

I suppose that eventually this will be a precious priceless gift.  Cus I won’t just know of the things people who have been abused and victimized go thru…I know, now.  I know.

Anyway, in this moment right now, this poem written by someone else whom I credit, has moved me deeply, and appeals greatly…guess it is a Charissa Snapshot of today…and I am dreading this week, it feels like an unhinged, unmoored time.