I listened to The Carpenters incessantly!  Constantly, and I would cry along with the dreamy sad sound of Karen Carpenter, whom I thought was the most amazing vocalist I had ever heard.  How was she able to capture the lonely longings and isolation that I was in all the time?

I also liked Vikki Carr, and her song “It Must Be Him” just broke me everytime with her despair when her lover didn’t end up calling on her.  Take a listen sometime…to the beautiful Karen Carpenter (God please Bless her), and Vikki Carr.

The salient part of this article is what I will post.  The whole thing can be found at the following link:

Now let us suppose that being TS/TG wasn’t an exceptional burden for any child to grow up with.

That would presuppose the transkid wasn’t obvious, that it wasn’t written on their body and they didn’t have their education destroyed by bullying.

We all have one thing in common.  At some point in our lives we come out and transition.

Considering how M to F transsexual and transgender people have to fight to be considered part of the human race, much less women is it really reasonable to smack us around with the male privilege slur?

Further this gets used in a gender policing manner that requires us to adhere to some of the strictest gender guidelines this side of some of the fundie religious cults.

If our status as female goes unquestioned then we are free to be loose in our embrace of gender without taking a bunch of shit.  Unless we out ourselves to people we think are our friends in the lesbian/feminist world.

Then our doing anything is seen as residual male privilege.  Even if we learned the skill long after transitioning and had to put up with all sorts of sexist bull shit to learn it.

I feel sorry for those sisters who aren’t able to blend in.  What sort of male privilege is there to being obviously TS/TG?  To being unable to get a job or walk down the street without being taunted?

But there is a real test, one that is pretty much a fail by anyone’s standards.

How many cis-gender women would be willing to wear the label of transwoman?

One would think that all sorts of cis-gender women would embrace the label in exchange for all the privilege transwomen are supposed to have.

But I be willing to bet damned few would risk coming out to their friends as being a transwoman, even as part of a psych experiment to record their friend’s reactions.

Most of those who hurl this slur are simply being hateful and displaying their own norm-born cis-privilege.  They know full well that TS/TG people go through life taking shit cis-gender folks would be appalled at were it to happen to them.

The real kicker is we are just supposed to suck it up and absorb the bullshit, just like we did when we were transkids. 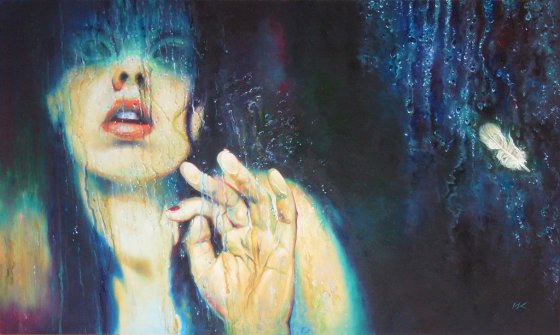 One of my very favorite poems ever, appeared in a newspaper years ago…I am blown away at the capturing of the power of a Woman, and the ready relish her man takes in being hers.

She is lovely, I think, as she sits,
one hand draped lightly over the shoulder
of her breathless companion, the other moving up and
out, as it punctuates the monologue she is murmuring
in his ear. Even from here, I can see that fines lines
break and run from her eyes, and banks of invasive gray
have taken root in her wild black curls. (Later today,
I will read that Sharon Stone has proven older women
can be beautiful, and I will think—was there ever
any doubt?) My God, this woman looks like a queen,
except she is sitting sideways, balanced,
on the back of an old, black bicycle.

The late April heat is already up,
and anyone looking would see
this man of hers is hard at it; his pressed
white shirt had become untucked in the back,
and the slick bare skin at the top of his head
is pearled with sweat. I wonder
if he finds himself wishing
he could trade the load he is pedaling
for a bottle of cold water, or an FM radio.

Suddenly, the corners of her lips elevate slightly,
and taking his right ear between her thumb and forefinger,
she tugs. His head snaps back, mouth open wide,
and he laughs with such force
that even the dogs drowsing
in the dusty shade that lines this road
lift their heads and sing.

I watch, fingers for eyes,

as she Sleeps
night pulled inside her,
down her eyes
like a velvet blanket

I touch…face, and see pain flying away,

i stroke and see

my hands heal, they speak,

and call the sun
rising inside her, restoring her to
light to
love to
life…and life.

my lips preach with

a kiss upon her brow,
and she sighs
and i know the dawn is come. 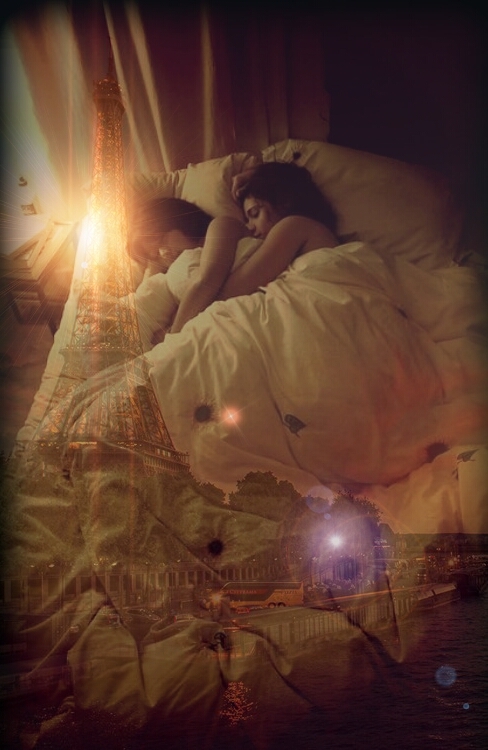