“‘Listen with the ear of your heart’ is the first line of the Rule [of St.Benedict], an invitation to read the words that follow not just with the mind as one learns intellectually, but with the heart as one learns things of the soul.”

Most of you who read here are already following my friend John’s FB and blog. If you aren’t, you should be.

But I am sharing this for those of you who aren’t following John, who love God dearly, and yet still struggle with NT teaching (actually lack thereof) regarding sexual orientation. You KNOW deep in your bones that you are wrong to conflate someone’s state of being with someone’s behavior…and yet you live in such fear that somehow God will punish YOU if you are not mean and nasty to someone who’s being is something that you do not believe can be.

Here is the problematic passage, out of 1 Corinthians chapter 6, a passage in which Paul is speaking prescriptively to a body of believers who were so caught up in judging one another’s activities that he had to castigate them for their reprehensible hatred. He moves to a rather broad net of behaviors that he casts, designed to cover every single person who may think they had standing to boast of their own righteousness, and then he begins to teach about how the behavior of each can bring dishonor to the entire body of Christ, as we are all together comprising the Temple of Holy Spirit…and then he concludes with a discussion of the topic of sexual immorality (which he leaves remarkably undefined btw, but would most certainly include the sexual behavior of heterosexually oriented human beings.).

My purpose here is not to break down the mistranslation into English that happened during the translating of the KJV in 1612…there are scholars who understand the nuances of the greek text far better than I. Rest assured that with a bit of Google-fu you can locate many articles that will help you become informed.

LAY ALL THAT ASIDE FOR A MOMENT THOUGH…

Here is the reality of what goes on: Cis-het Christian who lives in fear that you will offend God if you do not hate and reject LGTBQ-oriented human beings, I am talking to you!!

Here is the passage:
“9 Do you not know that the unrighteous will not inherit the kingdom of God? Do not be deceived. Neither fornicators, nor idolaters, nor adulterers, nor homosexuals,[a] nor sodomites, 10 nor thieves, nor covetous, nor drunkards, nor revilers, nor extortioners will inherit the kingdom of God. 11 And such were some of you. But you were washed, but you were sanctified, but you were justified in the name of the Lord Jesus and by the Spirit of our God.”

Now, let’s see: I spot behaviors in this passage, behaviors that all focus on choices of the will…choices to commit various sexual sins (still not talking about orientations), choices to break commitments made to God and to other human beings (adultery and idolatry, which is a VERY tricky and subtle fault), choices to be envious that result in theft and coveting other people’s possessions, choices to become drunk and pursue a lifestyle of choice to indulge escaping from mature and fruitful living, choices to speak with anger and intense hatred in bitter speech to other human beings (yunno, like the comment section of articles), choices to THREATEN PEOPLE INTO DOING WHAT YOU WANT THEM TO…like the shunning that YOU REGULARLY DO to those whose ORIENTATIONS are imagined by you to be behavioral choices…

and yet somehow, ALL of the above choices you extend Grace and Mercy to, and almost all of those choices you have almost certainly been blood-guilty of yourself!! But you sit cheek and jowl in the pew with your fellow “unrighteous” and allow for yourselves and your cohorts in unrighteousness to participate in the Righteousness of Jesus and thus not only be forgiven, but in your mind EXCUSED from scrutiny…and you are content with the understanding that each person must scrutinize themselves with God (oh wait: Paul said that he did not judge even himself, for God is Judge)…

…and like electric barbwire your eyes SEIZE those english words about homosexual behavior that is the equivalent of a heterosexual choice that is unbalanced and abusive (which is what is being called out by Paul, btw!! Any sexual relationship that is exploitative and destructive to either partner is wrong, regardless of sexual orientation!)…and you make them into your scapegoats, and you WRITE OFF ACTUAL HUMAN BEINGS WITH YOUR FAT BUTTS FIRMLY IN THE SEAT OF JUDGEMENT!!

You know this is wrong…you F**KING KNOW that it is WRONG! So you make up platitudes about how you love the sinners but hate the sins…yeah I call supreme bull shit on that one! Because if you did? You would extend to EVERYONE the exact same pass you give first yourself and then everyone else YOU deem is worthy of it.

You need to repent, and I mean right now, and climb down out of the judgement seat and work on taking the friggin LOGS out of your eyes that you have been beating God’s little lambs with incessantly!!

The irony is that Paul ends that passage with words about the works of Jesus to wash, sanctify and justify whosoever will believe in Jesus, and goes on to say that ALL THINGS ARE LAWFUL!!! And yes, all things are not helpful and many things are indeed harmful.

But his point is that the Work of Christ is GREATER THAN all human behavior and renders judgement of one another as not only null and void but likely a far more insidious and poisonous sin than any of the listed behaviors.

Humans are born, created in Their Image and given a certain being. Among the aspects of that being are our sexuality and our gender…and each of those aspects together with EVERY OTHER GIVEN ASPECT OF OUR BEING is to be brought to our Precious Lord and presented to Them as our suitable offering of Love, and then LIVED OUT as THEY lead us, according to the LIFE that is in THEM and thus flowing into and through US!

Our gender orientations can thus be reflections of the glory of God and mirrors pointing to Their Love and Grace.

Our sexual choices and behaviors can thus be reflections of the glory of God and mirrors pointing to Their Love and Faithfulness!!

And GOD FORBID that we take any aspect of our given beings and use it as a club on someone else’s precious head!

“20 For you were bought at a price; therefore glorify God in your body[c] and in your spirit, which are God’s.”

I can guarantee you, however, that your current inner judging of the LGTBQ community is a leprotic infection deep in your soul and in actuality you heap up for yourself such a severe measure by which you shall soon be judged.

NOW: go read John’s post of testimony after testimony of people who were given the severe mercy of deliverance from being judgmental assholes and gifted with the grace to be free to love God with all their hearts and to truly love their neighbor without reservation or secret bias.

May God be true, and love win.

I want to scratch you…permanently…that you would ever then Bleed Desire and Longing for that Sacred Heart, that eternal Blood of the Diving running thru everything…always.

Write that on my tombstone…but only if it’s True. 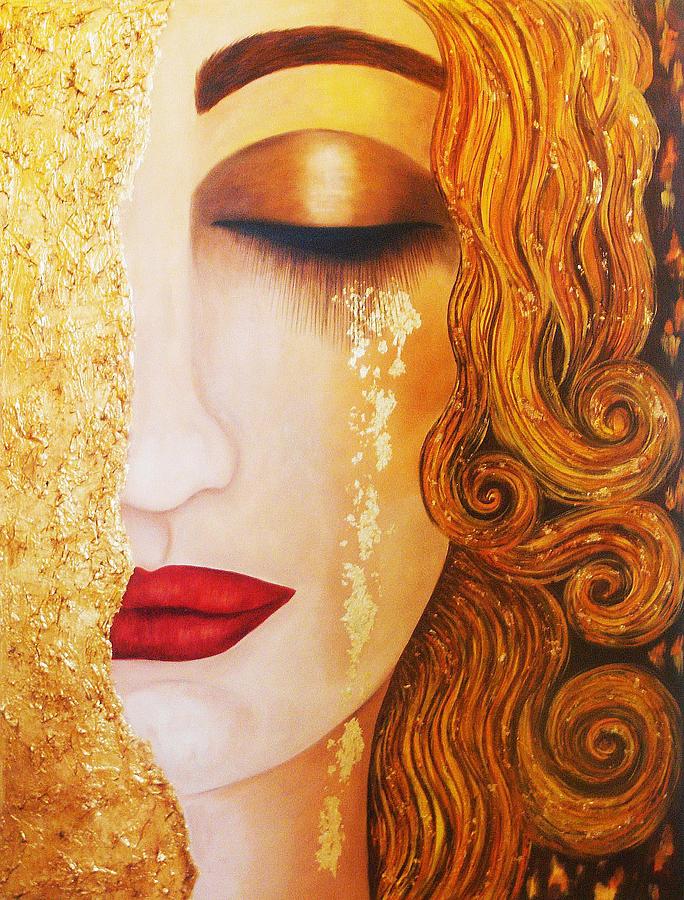 “When you are triggered, it can feel like moving a mountain to soothe the pathways of abandonment, and to stay embodied to the energy as it surges through your belly and nervous system.

Something is longing to be met, that is for sure. An avalanche of previously disowned feeling, emotion, and sensation, seeking some sort of completion that was not available at an earlier time.

It may seem that there is no way for you to close the loop, that it’s just too much. Open your heart into the too-much-ness, slowly, for very short periods of time, and then rest. Even for just a couple of seconds, use your presence to touch what is emerging – just enough to light up a new path, but not so much that you overwhelm or re-traumatize yourself.

Soften into your belly, into the panic, and take pause from the ancient belief that you must quickly understand, shift, or transform your immediate experience. See that there is nothing to ‘heal,’ but only something to hold. Offer sanctuary for the movement of life as it washes through you, and it will integrate and liberate on its own. Care for yourself in new and wild ways.

To provide a home for sacred metabolization is one of the greatest gifts of love that you can give – not just to yourself but to those around you. To reclaim embodied responsibility for the orphaned pieces of your psyche and soma is not easy and requires a lot of practice. But more than anything, it demands an unconditional commitment to seeing the entirety of your inner experience as worthy, as valid, and as the very seeds of the path forming around you.

Despite how difficult it can be, the fruits of this work are infinite, they are eternal, and to do this may be why you have come here: To make an offering to a weary world, and to do whatever you can to help others, to rest in their majestic true nature.”

One thing I catch a lot of grief for: I have not travelled internationally. There are a lot of complicated small reasons, and one large one…namely, that activity is the purvey of the privileged and powerful and wealthy, and I am none of those things.

I also am a bit nervous about it, so there is that.

But other than Mexico (Tijuana) and Canada (various provinces), I have only travelled the USA.

But in my region? Likely I know the roads better than most people and areas intimately and in detail…and it never ceases to amaze how there are discoverable territories right here under our noses while we fly across oceans to skim the surface of a place and then think we are seasoned travellers and oh so chic and diverse…

Here is a quote that sorta sums up what I am driving at:

“There is also a deeper, archetypal layer to [Brendan’s] journey, which resonates with our own inner Pilgrim—the part of ourselves drawn to make long voyages in search of something for which we long. This is the inward geography of the journey, and one where we may physically travel only a few feet or miles, but where the soul moves in astronomical measure.”