There are blows in life.  Some of them are soft, lil love taps from beyond and they leave a red mark but you know it is gonna fade.  Others…well, they will leave bruises, and yet those mottled tattooes of violence and hurt are temporary too.

Some of them are so bad that they break parts of us off completely, and we have to heal and go on.

But the things I wanna talk about here are the ones that are so small, so tiny by comparison, and so constant.

I am talking about the aggregate effect of blows that come to people who are unable to heal from the last one by the time the next blow lands.

And in general, this aggregation is not the same for a cis-het person as it is for a transgender person…dysphoria has a tendency to make the blows extra sticky.  In fact, I would say that the slings and arrows and attacks that we face as transgender people more closely resemble concussion syndrome than anything else:

and gets WORSE and WORSE…

So you can end up pushed absolutely into the red zone, completely pegged out at your absolute capacity to endure the words and looks and spurnings of the majority of people you meet…and one small word lands and shakes things exponentially yet again…and poof…….

you are falling, having been pushed too far and you are over the edge.

And that is when the desperation sets in…when you literally do not feel like going on anymore…when it doesn’t matter if you go on because no matter what there are always gonna be the ones poised to pounce and hurt…ready to throw your past into your face…ready to out you for their own purposes and without your permission.  And then they reason that “Hey, you are an out trans-woman so what is the big deal?”  Never recognizing that they have robbed you of your voice and your words to tell your own story in your own way.

I will confess that I choke on words when I reach out to someone in desperation, needing to talk with someone who would listen and understand and accept…and then hear their “counsel” back is “Charissa you shouldn’t talk about it so much.”

So…hold it in and die in the aggregated crush of burdens…or talk about it and be rebuked.

In times like these?  It is tough to see any good reason to keep on 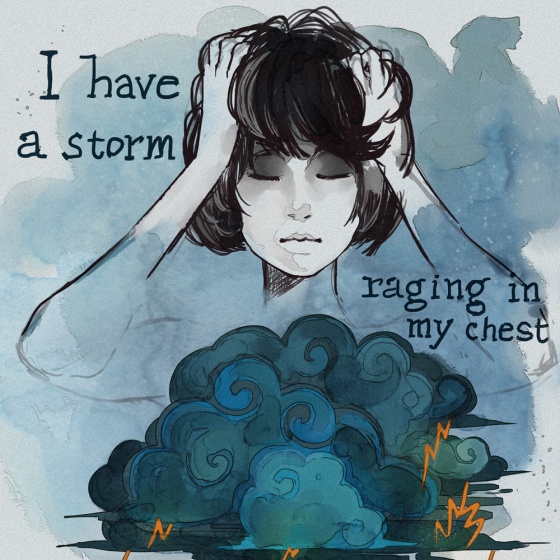 5 thoughts on “The Aggregate”