Van Morrison’s music is my medicine.

Into the compassionate womb of your Love, Oh God
I bring my deepest needs, my strongest hopes, my greatest fears.
Give me tears for my grief, a voice that I might cry out unto You.
Give me words, that I might say what is most in my heart.
Give me courage, that I might always seek the healing You have to give.
Let me always offer my suffering to you, so that if healing does not come,
wisdom, justice, and compassion maybe its fruit.
A life offered to You, Abba God.
Amen 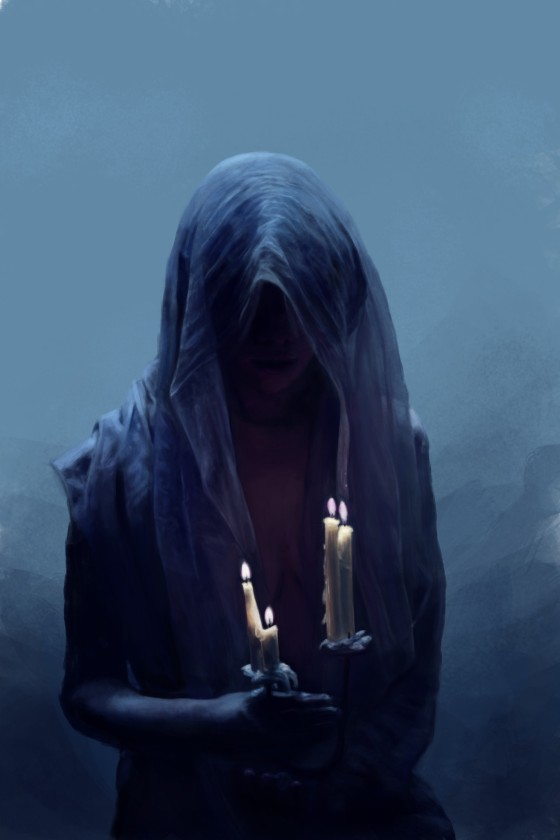 those brittle,
bright blasted shards
jagged and hungry and
so shockingly absent. 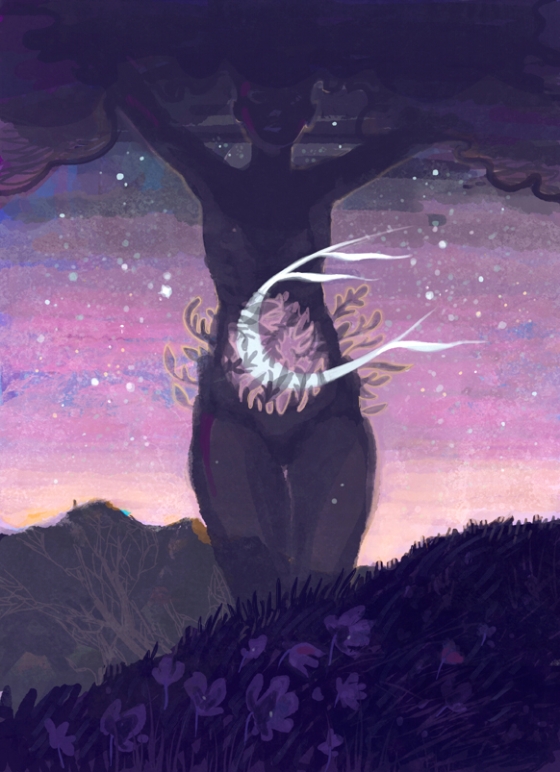 but I have them
in my sights, now.

so knit,
so tight. 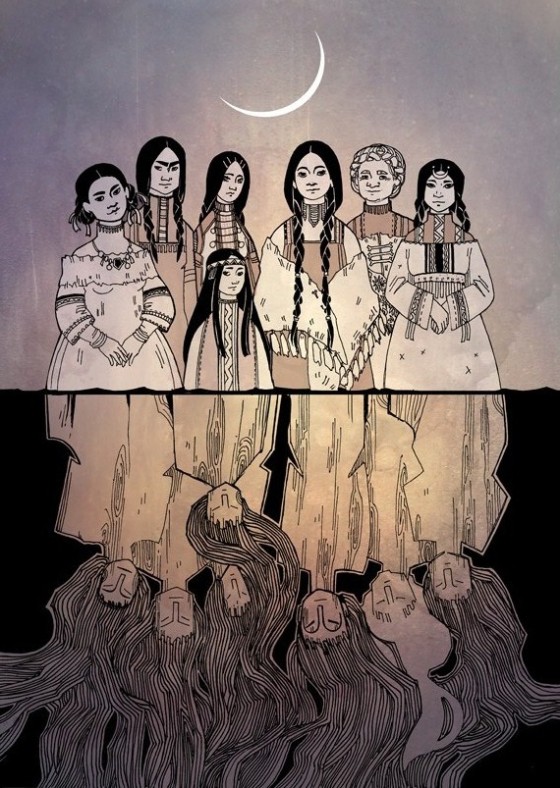 we will survive
our screams,
our tears,
our grief

and rest together
in Mama’s Sweet Relief.

In 1985 I got very sick with a kidney disease called Nephritis.  There was no cause that could be found, but there was a prognosis of immediate dialysis, followed by transplant at the first available organ.

For 9 months before this manifested on October the 4th, 1985, I had been getting a specific biblical reference virtually every morning during my prayer time.  It was Lamentations chapter 3.  This is a famous passage where the prophet Jeremiah is vicariously repenting to the Lord on behalf of the nation of Israel, and also lamenting his own personal hardship.  The verses that stood out, as if in flames to me, were 12-13…

“He has bent His bow and set me up as a target for the arrow.  He has caused the arrows of His quiver to pierce my kidneys…”

Of course they were a huge puzzle for me, and I delved into the chapter, and had fruitful study for months, but could not for the life of me figure out what was so significant about those fiery words…

So there I was, in the doctor’s office while they laid out my future for me,  and by then, I knew the meaning of those words, in all their dread.  I knew that this was some sort of trial/discipline/classroom/reproach/something that was from God, and only God would be able to help me.  I had a deep certainty that I was going to survive this (and I was not very happy about that, to be frank.  It was during this time that I tasted gun oil on a barrel, if you get my drift), and I decided before things got too far, that I was going to seek Them and beseech Them for mercy and see what happened…why it happened…what was happening.

I refused the options they laid out.  The doctors told me I was crazy…but I didn’t care.  When they asked me what I was planning, I simply told them the verses, what God had been putting in me for 9 months, and that this was something divine that had to be dealt with on that level.  Of course they ridiculed me, sought to belittle and demean me for my stupidity.

It was rough to take.  I knew how it looked…Jesus Freak outta his mind etc etc.

But I was firm in my understanding, and knew that anything else they did would be futile, so instead I sought help through natural means and prayer and repentance.  I did intense research and found several herbs that had verifiable healing qualities for kidneys.  I prayed a ton.

And I had to work during this time.  I had no time off available, and my new wife and baby needed to eat, right?  So I went out to my very physical job picking up trash in our town, and I slogged zombie-like through the days.  I had a constant 101 degree fever.  My muscles constantly ached like the worst flu you have had.  I felt so sick, so full of toxins, and so absolutely alone.

Imagine the silence, after virtually everyday for 9 months there had been active voice in my spirit from Them.

Imagine the horror and lonely realization that I was literally dying, and I had chosen to either live or die by Their intervention, and They were not talking.

But in a few weeks, I began to hear stirrings, and eventually They established dialogue again with me, and then came weeks of gentle revelation to me of my own carnal dependence on religion, theology, and the word itself.  They showed me that I basically worshiped the Bible instead of Them.  I could quote the word 9 ways to Sunday, but I didn’t properly care for Their down-trodden and weak and lost sheep.  I was self-righteous, boasting in my credentials, my position as a life-long christian, and my status as a “good person”.  They showed me my dependence on my own abilities and gifts (which THEY gave me, btw), and finally, how I had put my trust in an ethic of law and right behaviour, instead of trusting Them in relationship, with an ethic coming from righteousness equaling right relationship with Them.

These revelations were in some ways more painful than the physical issues I was dealing with.  OOooohhh my pride was sooo stinky and offended!  But They were right…They always are.

There was no immediate relief, no instant healing after I got the message and began to pursue repentance…repentance:  simply a changing of the mind resulting in traveling the opposite way you were traveling.  Metanoia.  But there was a coming along side, an empowering while I was so weak, to complete each day, everyday, and slowly but surely embrace the fellowship of His sufferings (sanctification and death to self)…until finally…the day this song was born.

I was working in a neighborhood in our town, and as I was picking up trash, I saw a young woman in her mid twenties come out of her house, and walk to her car.  She had been weeping, and was bruised (literally).  She was smoking a cigarette, and was somewhat unkempt.  And above all, underneath the veneer of hurt, pain, sorrow, and slow hardening of her heart, I saw that she was incredibly beautiful.  Now…I think what happened is that They gave me eyes to see her as They see her!  And in that moment, the lyrics to the song came into my heart, and the melody out of my mouth, and basically I got the song in about 5 minutes.  I quickly pulled around the block and jotted them down, finished the day, and went straight home to the guitar and firmed it up.

I went back to that house a few days later.  I intended to sing that song to that woman…but the house was empty.  Whatever violence that had occurred had flowered into its bitter and deadly fruit and no one was there any longer.  I went back to my car and sat…and cried.  I cried for her, for whoever hit her, for the sin and brokenness we were hemmed in by, and I prayed loud and without thought for how I appeared to others or what words I used or how spiritual I sounded or looked…and I begged Them to watch over her, draw her to Themselves, and other things as well.

The tears finally stopped, and I was ready to leave…and I heard Lady Grace speak to me, and She said that what I had just experienced was why They had pierced my kidneys with Their arrows…Their discipline had at last resulted in the good fruit They desired.  She basically told me it was the first time I had ever prayed for someone else with a whole heart aware only of the person, and not of my own role as the spiritual champion, warrior, super-christian, etc. etc.  And that I was incapable of hearing that song from Them previous to Their scouring and wounding stripes.

I will never, ever forget that…and the lesson of Their Faithfulness.  “For I am confident of this very thing:  that He who began a good work in you shall be faithful to complete it until the day of Jesus Christ!”

In light of my posts taking a very sharp prophetic stance against misogyny, I think it is timely that I found this song today in the annals of my past…“He Cares”  (it is in waltz time in a country gospel style)…

Bridge:
Do not call to mind what has happened before,
don’t ponder the things of the past.
I will make a broad roadway in the wilderness,
and rivers of life in your deserts.

What My hands hold, none can snatch away.
What I do, none can undo.
By My Blood and My Name, you are fee from all shame,
Oh!  I LOVE you, come to Me!

Like the shell pink linings
that tinge dreary drab storm clouds
gathered like fists
on my soul’s horizons,
she extends, she bends,
she surrounds, abounds
and help bleeds from her
with no thought or effort
like the meadowlark’s theme.

Like Polaris,
unblinking and steady
in my soul’s dark night                (river with no eyes following gravity’s destiny),
she beckons, and reckons,
she glimmers and hope shimmers
from her gentle tough wise voice
wreathed in honey-bee buzz
of comforting words.

Like the Redwood,
full of unassuming majesty,
royal presence in the Black Forest
of my gendertangle
she smiles, she styles
with eyes, she scatters chaff
with health and giggle-laugh tilth
that runs and waters
where only dust of death
reigned. 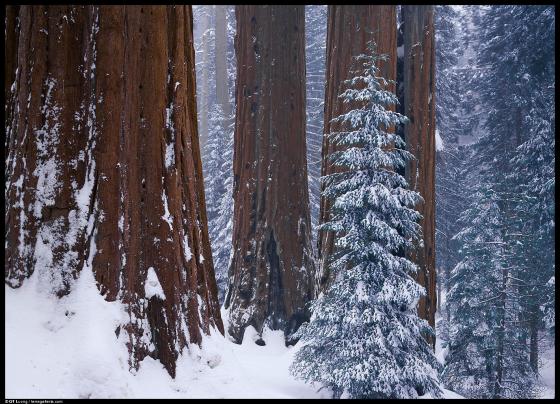 Magic Wise-Woman
of simple mystery!
How can you help so,
without sweat,
like…like…
bibbity-bobbity-boo!!!
And I rise from ashes
with shining eyes and limber joy…

You find niche,
beautify cracks
with persistent roots,
bristle with cheery brush
to scratch the prideful
and bloom with slashing swipes
across craggy expanses
of human misery and mournings. 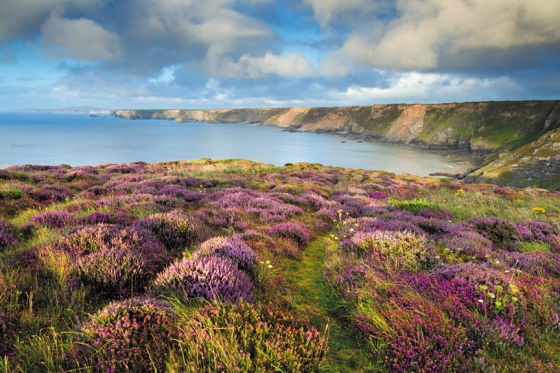 You are Heather,
and I am
Ever Grateful.

The thief had tightened his bright red cawl
over his dusky-dim face of shadows.
Sneaking snaky-quick past slumbering guards
awash in smoky-hazy
maisy lazy thoughts
(and assumptions)
he stole to the cradle and breathed
ice and death in stark puffs.
And then he touched what was not his
and rent eternity bloody within.

I have screamed for 5 decades
WRONG WRONG WRONG!
The tear, jagged and oozing in my soul
gapes, stupid and dull and empty like
that cradle was, ever after.

But Grace has been walking,
from then forward to now,
a gryphon on steady paws
beating breaths of golden Life
to the ever-ache within. 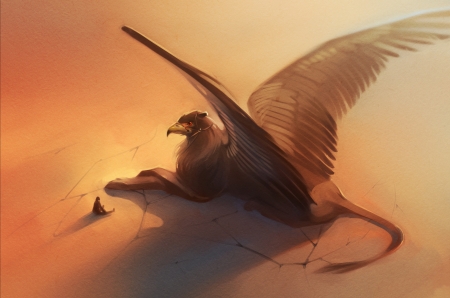 She, with unveiled face and shining glad,
has caressed, crossed
the vast and rheumy spaces
with Promise and Her Red and blazing
tender love to ease my throat,
my heart,
to  transform
that empty achy cradle
into a vacant tomb…

and let my voice now say
in thankful praise