Hi Constance…I am still on slow burn from this morning’s disheartening news…but this article covers several good points regarding what not to do or say when you encounter a person who is different than you.  She writes of the LGTBQ community…but I find these ideas extremely applicable under any circumstance with anyone.

Blessings to you, and grace to have courage!! 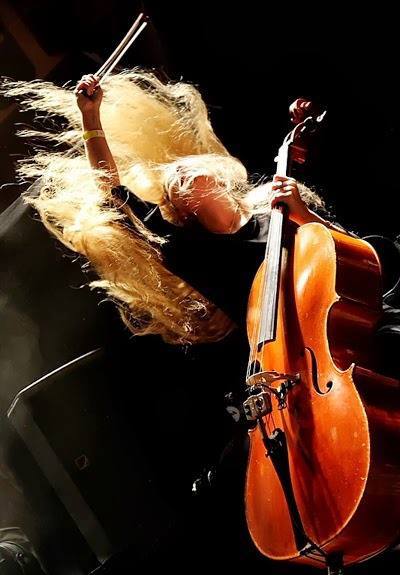 LGBTQ folks have to put up with a lot of ignorance.

One of the most obnoxious forms of said ignorance comes in the form of identity policing, which often manifests as other people providing “theories” to explain your sexuality.

These microaggressions can ruin your day and even erode your confidence about your identity. A microaggression is a small, intentional or unintentional statement or action that is often repeated, to the point where the person experiencing them feels worn down or attacked.

Microaggressions occur in everyday environments, and as their name implies, they often go unnoticed and easily accumulate.

Identity policing certainly falls under the umbrella of microaggressions. When someone makes an assumption about an identity that isn’t theirs, particularly in regard to sexuality, it comes off as interrogating the other person’s self-perception, with the implication that their understanding is somehow flawed or inferior.

Being queer means that people who aren’t in your community always feel entitled to an explanation or worse – they think they know better.

Let’s explore how ridiculous this notion is by going through the various incarnations of queer identity police.

I always cringe internally whenever anyone outside of my queer bubble brings up anything that would give away my sexuality. Not because I have any problem with my orientation or because I fear rejection, but because I’m never in the mood to go through the inevitable point-by-point analysis to justify how I identify.

Whether you’re coming out for the first time or simply mentioned your sexuality offhand, the obligation to explain your queerness to someone outside your community is cumbersome and irritating.

This is doubly true with cis and/or straight people, who always play the role of heteronormative defense lawyer, no matter how genuinely curious or non-queerphobic they claim to be.

They expect you to lug around your mental briefcase of citations, detailing when you first felt the way you did and when your first experience was and all the times you felt “not normal” since you were a fetus–bonus points for self-loathing or anything that sounds like they may have heard it in a Macklemore song!

Apparently, you can’t be queer without having enough history and credentials to fill an encyclopedia. After all, you’re clearly just craving their approval and validation, right?

As a woman who has considered herself bi/pansexual with leanings towards ladies for several years, I’ve frequently tried to convince myself that I’m actually a lesbian because people understand that so much better than “I realized I don’t really consider gender as a defining factor in who I’m attracted to.”

That’s right, I was allowing any skeptical rando to gerrymander my orientation into something that it wasn’t. I paradoxically used everyone else’s reactions as a barometer for how I ought to define myself.

No one owes you an explanation of their gender or orientation.

Conversely, if you don’t understand someone’s gender or sexuality and you don’t recognize it as legitimate, that doesn’t mean you can pretend it doesn’t exist.

Then there’s the next level of intrusive – people who think that they have all the answers to your identity. You can say almost anything about your gender or orientation and they’ll always have an objection or a suggestion.

People also have an impulse to conflate gender or gender presentation with sexuality, when in reality there may not be any correlation. For example, straight trans* individuals are frequently accused of pretending to identify as a different gender to avoid the pressure of being gay.

Newsflash: Although it may be tempting, it’s time to take off the Sherlock Holmes hat. If someone you know identifies as queer, it’s not a gateway to interrogate them.

People who are in the majority can go through life with their identities unquestioned. Even if the majority person is well intentioned, the marginalized person should not be forced to jump through hoops to educate or cater to the status quo.

Beyond that, it’s incredibly insensitive to steamroll someone else’s already hard-won identity with your own opinion just because you think your perspective is superior to or more sophisticated than theirs.

Gender and sexuality is not a fun whodunnit mystery or an opportunity to show off your liberalism or level of education. You don’t have to insist on creating a rationale for every piece of the puzzle.

Perhaps the most galling is queer people who have the audacity to question or put down the identities of other queer people. Really? Just… really?

We face so much prejudice already, you’d think more of us would have the good sense to respect everyone’s autonomy to define their own identities.

Given that so many outside of our community preach to us about how we are or how we should be, it’s unfortunate that we sometimes treat others with the same scrutiny and skepticism.

The LGBTQ community has been derided as all about the LG with only a reluctant willingness to acknowledge the BTQ, which regrettably holds true too often.

Bisexual and trans* individuals are thus more inclined to be subjected to a volley of “interpretations” – often thinly veiled insults or discrimination – from fellow queer people.

Unfortunate confirmations of this include the alarming consensus that bisexuals are promiscuous or untrustworthy, or that being trans* is a trend that’s now perceived as merely an evolution from being gay.

There seems to be a bias in every subset queer community against just about everyone. Drawing briefly from my own experiences with queer women, feminine women routinely face objectification and misogyny, while others scoff that masculine-identified women “aren’t real women.” You just can’t win.

A hierarchy of authenticity soon forms as everyone works to reaffirm their superiority in the imaginary battle to determine what the best type of queer is.

Here’s a secret: there isn’t one! There’s no manual or checklist on how to get the most queer brownie points.

Queerness is yours to explore however you want and we should all embrace that rather than inexplicably recycle asinine heteronormative policing.

If you’re queer and you feel the need to inform another queer person of how you think their identity works, think about how irritating you would find the same behavior if it came from a straight/cis person. You wouldn’t like it, so don’t inflict it on someone else.

It may sound like a kindergarten lesson, but it bears repeating: treat everyone with respect. If what they’re doing isn’t hurting you, leave them alone and let them do their thing.

It takes a lot of determination and passion and confidence for many people to be queer. Queerness obviously has a complex and often tumultuous history. Turning it into a platform for your own monologue or a silly game of 20 Questions for the sake of giggling at your own knowledge demonstrates an unbelievable disregard for the person’s journey.

Queer experiences are crucial. They constitute the cornerstone of our understanding of ourselves as individuals and our community in a broader sense.

Queerness usually involves a great deal of reflection and introspection, so don’t pretend you know our sexuality better than we do because you took one gender studies course or watched a documentary.

At the end of the day, your theory amounts to little more than white noise.

The integrity of our experiences and identities will never fail to transcend your “theories.”

…the 5th (read FIFTH) transgender woman of color in 41 days who was murdered in the Baltimore area?

I didn’t think so…after all, she deserved it…she had it coming…she brought it on herself…she had a choice…

…victim blaming at its finest.  Let it soften your resolve, let it waft into your conscience like opium smoke and numb your “give a F**K” so you can sing the dreamy song of the addicted “same as it ever was, move along move along”.

Just keep on chooglin in your ordinary and safe, insulated and comfort lined…nothing going on here…

Yeah, right.  Nothing going on except a probable serial killer on the loose…well, isn’t that what we would think if it was the 5th young white girl murdered, mutilated and discarded in 41 days?

Constance…it does start with you.

If you read here regularly, if you by some miracle have found value in the things that I have written, if by an even bigger miracle you have seen me, desperate and kicking in my bondage, but slowly getting free with the help of modern science and the Love of God, then you need to realize that whoever is killing these women would kill me without a second thought, and throw me in the trash.

When will we discover the courage of our convictions, and speak out?  Wilberforces of our day and time, Esters to our generation of the oppressed and murdered?

They cannot free themselves.

Speak up.  Tell your friends what you are learning about what a transgender person is…and isn’t.  Correct ignorant statements, confront misogynistic statements, reject transphobic words and behaviours, and call into accountability the lifestyle of xenophobic  ostrich emulation.

Gawd, above all, when you see one of us, just greet with normal eyes and soft voice of kindness.

This morning I confess that I am slammed hard with the fresh reality that there are those who mouth the Precious Name, and then spit it into the mud and treat it

Staring you in the eyes and asking will you go?  Will you speak for us?

Will you speak for me?