I doubt you will ever read this, and that is really okay.

However, on the off chance you would see it, I can express my compassion and the depth it takes for me to get to the place that when Cancers get there, it’s all over.

There is a way back…it is the way of resurrection, and that involves a complete acknowledgement and acceptance that this died because of you and neglect.  Your silence killed it, and once it is dead and I have set beside the body longer than Lazarus was in the tomb, I cut if off without looking back.

Miriam…I do take responsibility for this:  I so wanted a mama of spirit, a crone to learn from and learn with.  I so desired a mentor and partner too…and I thought you were it.

I was wrong.  Because someone who mentors me knows me well enough after 2 years to know that neglect and silence and slipping off the direct things I have said is NOT the way.  Confronting?  Ok…taking responsibility?  Yes.  Remaining in the fire and dialoguing back and forth, give and take, helping me to see my own blindspots OH YES.

But not mocking about my baby steps, doing that in writing and then in front of others…not telling me that my gender status is not important to you…even though you thought you were saying something freeing you actually denied me…drinking DEEPLY from that Mama Care I just DO for those I love, and my unexpected emails and texts that know things I cannot know and speak to things I cannot speak to…such as in Greece 2018 and the work of the fucker with clay feet…

…the hand written lil book I gave you of my bone poems, cus you were so into bones then and not a WORD of thank you for it…even my willingness to SLICE FROM MY BOOK the pages you craved like Rapunzel’s mother craved greens…GAWD I almost did that.  I had PLANS to excise them and frame them with glass on both sides and you would have had “Bones“, and “Of Women and Wolves” and “We Lords Of Tuscany, We Ladies Of The Meadow“…they would hang in mid air, slowly turning and displaying their faces…just as I do.

THAT is where I was with you…and you?

DRINKING ALL THAT and then turning around and making fun of me for my silly girlish joy in dressing in costumes for a celebration…eating the food and then shitting on a ceremony because it wasn’t “proper” (according to what YOU want, and yet it was not about what YOU want, was it?  It was about a celebration and making a new way…)

I was in circle recently…and it was revealed that every single person there had deep issues with previous experiences, things said, boasts made of how money could be made elsewhere, and rebukes issued in the name of leadership which left wounds…control issues.

Something you pay lip service to being confronted about but when the nitty gets gritty your talons come out and grip even harder and the only way to get free is to get free with a ripping and tearing that leaves flesh on your claws. 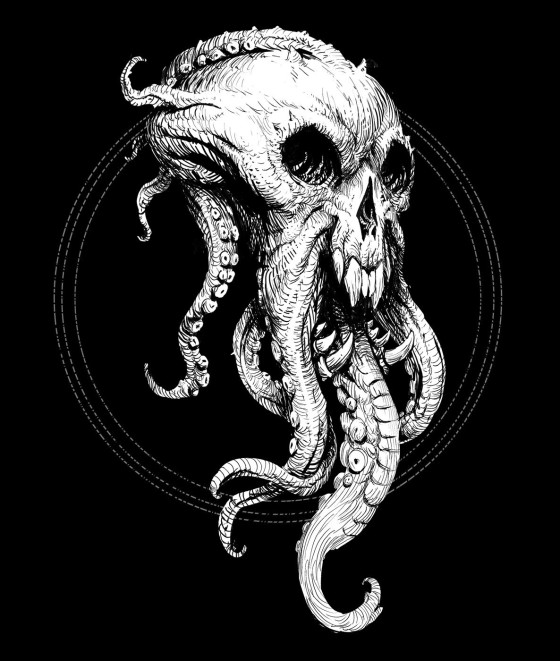 I want to thank you though.  Because without those things it would not have been abundantly clear the WHAT and the WHO and the WAY of the circle…and not the way of your circle or the way of other circles…the way of US.  Cus we knew then, what we wanted and what we did not want…and without the first one, the last one could not be.

And thank you also for other things too…I learned so much…and mostly I learned that I wanted something more that you just weren’t feeling or giving.

And now I am done.

Unless of course the work of the dead is done and the thing unearthed…but why, really, is what I think you are thinking, cus that Charissa is such a bitch and such a pain with her wordy over the top flow and bugging all the time…

well…I discovered something…I discovered there are people who CRAVE that, who WANT that…and who give it back too, received as something precious and given back.

The first person who used “Sweet Pea” for me eventually just disappeared from my life.  Literally.  Just up and was gone, and I cannot find her anymore.

You are the other person who did…and when you mocked me for “buying a stick” and then accused me of expectations I didn’t have and shit on a ceremony you did not partake in creating even though you were explicitly invited to do so, and you said behind my back to someone else comments indicating that you considered parts of the ceremony stupid…and when you received my long and difficult email of confrontation and your reply was part apology and part shift the issue from hurt to anger and part turning it back on me with dreams that I did not and do not receive as “about me” and then when I replied to THAT email you never ever even had another word…and I waited and waited…and there was MUCH that needed to be addressed but you COULD have addressed how I called you out about trying to shift the issue from hurt to anger… 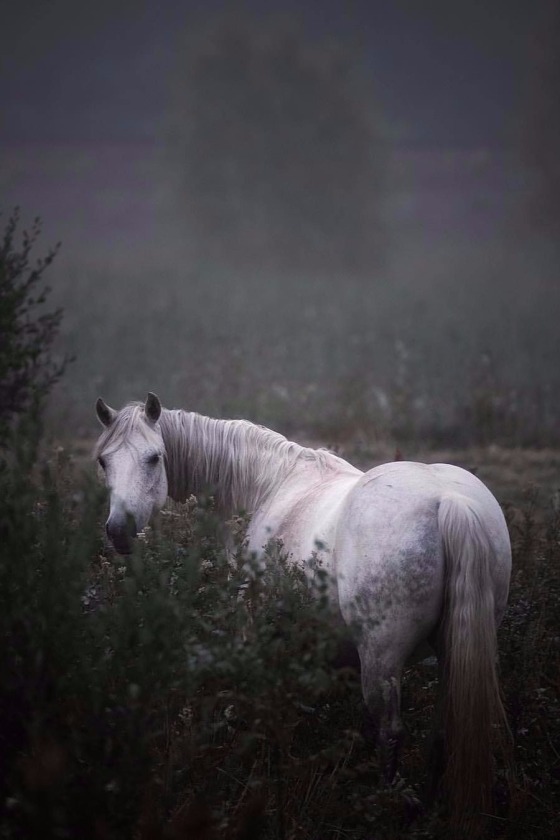 …you could have even probed DEEPER there…

but you just…gave…silence.  And not GOOD silence, but the silence with the shark fin threat…that left me hanging…and finally abandoned…

and at last our “we” was dead.

Things are revealed in Circle time…and this year I realized that I don’t want you in the circle, and I also don’t think it bothers you a whit.

If it DOES bother you, then there are some things…things to be addressed…and reparations that must be discussed.

Don’t tell me I should have sent this directly to you:  I already hit the ball over the net to you back in February and you have not replied…again and again not replied.  So fuck that.

I congratulate you, for you got it, finally…what you accused was there that was not, but now it is and burning bright and clear as a consuming fire and not a dirty heat

And I am angry with you for not replying…for remaining silent…for not even resuming a typical conversation on ANY of the other things we “shared” (I should say I shared and assumed you shared too)…for hurting people in the circle and giving a different story than the hurting ones experienced…for NOT seeing me…the true surefooted winged horse I am…but instead seeing the old nag.

I now take a name for myself, and by this shall ever I be known to you if you attempt a return (there IS a path, it is the paths of the dead which you can walk):

Roll back stormy waters, roiling steely dark and deep.
Roll back clinging finger-waves and the icy grip they keep.
Make a way thru waters where there isn’t any way
And lead me laughing, walking, running out of miry clay. 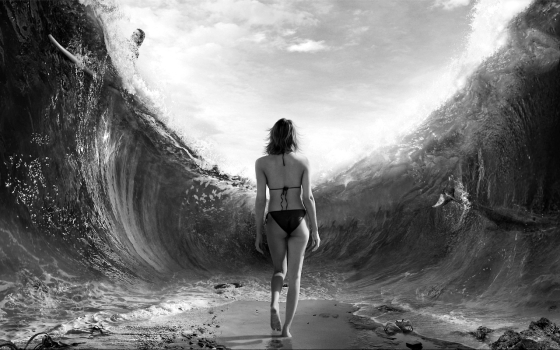 Elder voices rebound around, echoes from my past,
Deep bass rumbles, gruff and loud remind me of my caste…
Hairy, clumsy, unrefined the world which held me chained
Roll them back, please scour me, set me free from all that’s stained.

Behind me, tumult quiets as I stride forward in grace,
At my left hand are threatening wails and rain-lash on my face,
At my right arm benighted phobic zombies gibber shrill
Roll back the waters Adonai, and lead me up Your hill.

I walk on dry ground breathlessly, forward in the night
Reminding myself all the time I walk by faith not sight.
My soul will someday sing the song of Miriam and rejoice,
But now, ROLL BACK, please…save me, for You are my always choice. 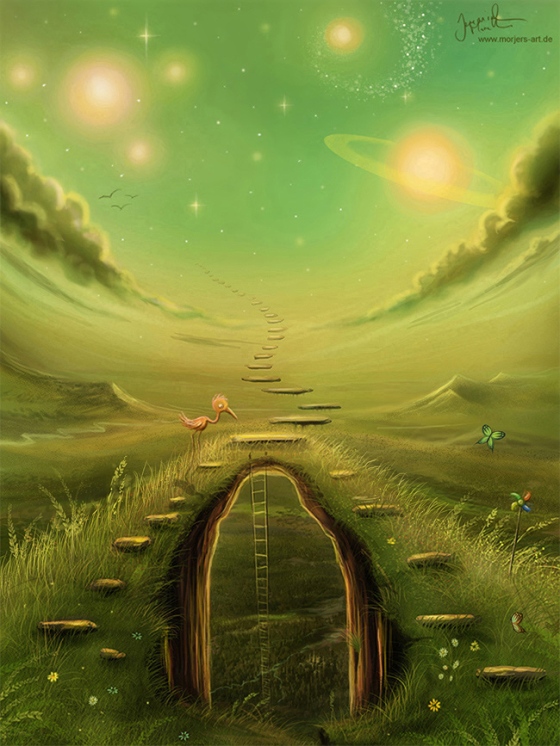