You do realize that if the new supposed health-care bill passes that you will lose your Medicaid?

Oh yes…and that money will take the form of tax cuts for the poor pitiful wealthy in our nation.

Have fun with that…dunno what you’re gunna do, cus they already have all our money, we can barely make the mortgage payment.

These are your guys tho…and they are repealing Obama…ought to tickle your racist funnybone something fierce, yeah? 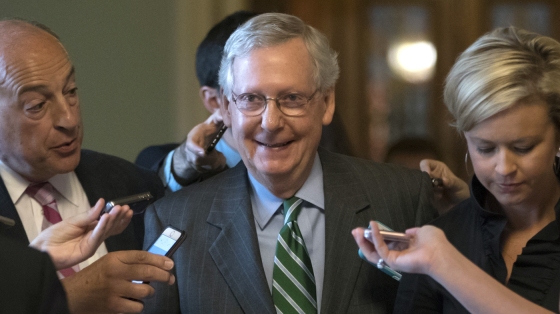 Senate Republicans are calling their health care bill the Better Care Reconciliation Act. It shares many provisions with the House’s American Health Care Act, but goes further in cutting Medicaid.

Hey…this heinous and evil action is not unique to this one church, alas.  It is standard operating procedure in evangelical cultures.

But notice something particular…read the article and notice:  she was not doing any sin.  She was not sexually sinning, she was not defaming anyone else…she was simply being authentic and vulnerable.

That list in 1 Corinthians 6 which is used to rape, pillory, and execute LGTBQIA humans “In the Name of Jesus” is a list that refers to actions taken which flow from an unredeemed heart…here they all are:

…and of course the infamous supposed ban on same sex relationships which was actually speaking to the unequal and evil power dynamic practiced in those days by men of power over young and exploitable boys…very similar to how today’s Rape Culture looks.

Not one of the root things is in itself an evil!!
This list is by no means exhaustive…but what is exhausting is the evil idolatrous, slanderous, swindling undertaken by millions of so-called Christians EVERY SINGLE DAY who carry it out in Jesus Name…and ignore all the other things in the list.

You’re merely a sinner in need of God…unless you are a homasexshul.

This girl is far closer to the kingdom of God than the rest of them put together…because she is authentic!!

Oh yes, I know, I know…all you ttaf supporters think ttaf is “God’s anointed”, which is an absolute bastardization and perversion of the New Testament covenant.  You believe the words of Daniel Jeremiah and Franklin Graham over the words of Jesus Himself.

Here are the lies of ttaf

This article is work…which, sadly, diminishes my confidence that ttaf supporters will read it.

But what if it can be viewed as one’s patriotic duty…to save the country from knaves and villains?  Would you stretch your soul then?

Here is the killer to me:  out of ALL the things that ttaf has put down, insulted, lied about, accused and bourne false witness over, not ONCE has he addressed the factual reality of what Russia did to our nation in 2016.

That alone should make you wonder…but you are as the citizens of Troy who fell victim to the Trojan Horse.

Pull Quote:
“In political terms, Russia’s interference was the crime of the century, an unprecedented and largely successful destabilizing attack on American democracy. It was a case that took almost no time to solve, traced to the Kremlin through cyber-forensics and intelligence on Putin’s involvement. And yet, because of the divergent ways Obama and Trump have handled the matter, Moscow appears unlikely to face proportionate consequences.”

This is my favorite poem of mine…it is old, actually, comparatively speaking, having mewled and clawed its way thru my inelastic soul still soaking in oil to be made pliable and flexy…

This poem is explicitly about gender dysphoria, and specifically my own experience of that as a child…a child newly divorced from herself and dedicated to performance to be sure I remained loved and accepted…after all, I was the girl who wandered woefully, tearfully with no words to describe the pain and horror within and so my litany was “it’s the end of the world…to which the response from adults around me was to mock me with sarcasm telling me that “nobody loves you”…

…which most certainly was not intended to destroy me but which poison was no less destructive given the intent.  It was into that pool I dove headlong and knowing that performance had to be utterly perfect to avoid harm from shark and wave.

This poem is historically accurate, and related poetically.

When you read this, do try reading it aloud, as the rhythm and meter are very intentional and seek perfect repetition one with the other from stanza to stanza, so as to mimic the flow of the clouds overhead in the wind.

…I remember, sweet fields of red clover,
green stalks soft and new, tops dipped in crimson,
just before being baked by the shimmery sun
but after they’d stripped off their equinox frocks
to lay naked and sunbathe and snooze…