Good morning Constance…today is the last day of vacation for me (sob sob!!  I dread returning to that prison!)…I will be writing more upon returning, I have several ideas for poems, but in the meantime, I am reposting this devotional…I totally related to the approach to living!

I think it gets very well to what I often use as my sign off: 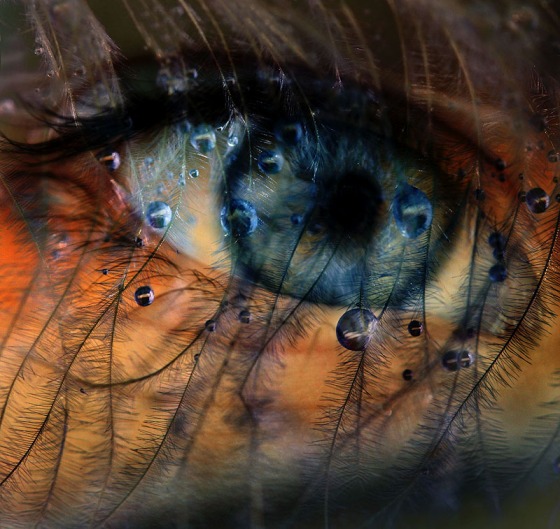 Levi Yitzchok of Berditchev was a nineteenth-century rabbi known for his mastery of an unwieldy Mishnaic teaching. To carry one’s self with the ayin tovah, or the “good eye,” is to see in a certain light the world and everyone in it. One scholar describes it as the choice “to intentionally focus on what is most pure in each person—to see their highest and holiest potential.”(1) Rabbi Yitzchok was beloved for his good eye, utilized even in cases where virtue seemed entirely wanting and holiness altogether deficient. As one author describes, “He’d roust the local drunk from his stupor on High Holy Days, seat him at the head of the table, and respectfully ask for his wisdom… He extended his caring to all, whether powerful or impoverished, scholarly or simple, righteous or reprobate.”(2) In minds often besieged by warring sides, opinions ad nauseam, and defensive or disparaging thoughts, the good eye is indeed a shift of perception.

I appreciate stories that remind me to keep my eyes opened for all that can be seen but can just as easily be missed. How we learn to see the world, how we labor to see and know the world, is profoundly important. Despite the perseverance of goodness, beauty, and truth around us, the collective wisdom of sociologists, philosophers, historians, and artists all indicates that contemporary culture is structurally estranged from the transcendent. Learning to see with the good eye may well be a difficult feat without mindful effort and practice. But could it not be an entirely transformative art for both the seer and the world being seen?

Without such effort, consider all that is lost. An article from the Washington Post chronicles a jarring exhibition of our propensity for estrangement—seeing with eyes that are not really seeing, hearing but not hearing. The report describes an experiment they called “Pearls Before Breakfast: Can one of the nation’s great musicians cut through the fog of a D.C. rush hour?”(3) Violin virtuoso Joshua Bell, one of the finest classical musicians in the world, was hired to perform several classical masterpieces at a Metro station during the morning rush hour. Three days prior to his debut at the Metro, Bell had filled Boston’s prestigious Symphony Hall, where only average seats sold for over $100. As he preformed with the same fervor on his handcrafted 1713 Stadivari for nearly an hour at the Metro, however, he took in a total of $32 and change from the 27 people who noticed him. The other thousand people hurried by, altogether unaware, though only three feet away from brilliance. “There was never a crowd, not even for a second.”(4)

Christian scripture is replete with stories that hint that it is always possible to pass over the gifts and grace in front of us, whether a glimpse of beauty or a lifetime of knowing the glory and presence of God. In the words of poet Francis Thompson:

The angels keep their ancient places:-
Turn but a stone, and start a wing!
Tis ye, ’tis your estranged faces,
That miss the many-splendour’d thing.

“All human nature vigorously resists grace because grace changes us and the change is painful,” wrote Flannery O’Connor to a friend, lamentably including herself in that resistance. There are indeed times when God woos us slowly with beauty, grace, and grandeur, moving among us in a manner that busy or critical lives readily miss while focusing elsewhere. Other times it is we who find ourselves moved nearly to blindness, as we labor to take in the glory of God in a startling moment like Moses or Isaiah. Sometimes, like commuters in the Metro station oblivious of the work of art before us, our estranged faces miss the signs of a many-splendored God entirely. But still other times, we labor intentionally to see with good eyes, and find the world around us transformed with the splendor of the one who first called the world good.

Jill Carattini is managing editor of A Slice of Infinity at Ravi Zacharias International Ministries in Atlanta, Georgia.