I was touched so deeply as I read this piece…Preston truly states so many things that we struggle with that others would have no idea about…because they are cis.  He gets it.

And can I just say that Janet is a true heroine, and courageous as hell…thank you girl!  You give me hope in my heart of hearts. 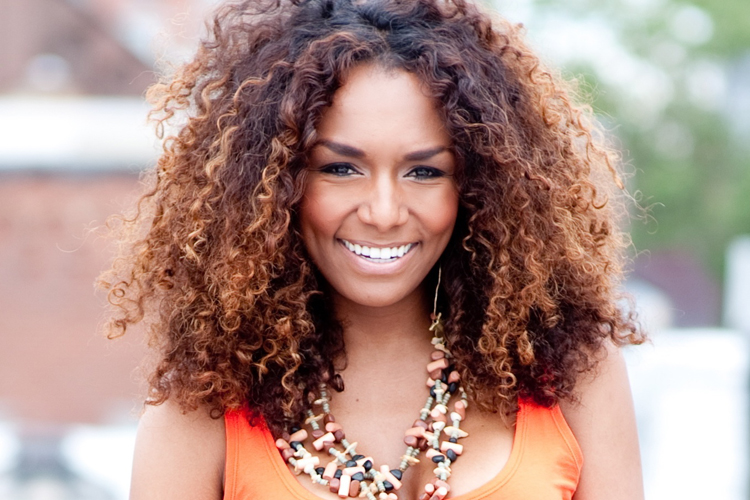 “I was scared” continues to reverberate in my mind. All too often the LGBT community is not allowed to feel safe in spaces that society claims are available to us. But this article is not about sexual orientation. Quite frankly, it isn’t even necessarily about Piers Morgan. What it is, though, is an apology to you, Janet Mock, and the entire transgender community for cis people who simply refuse to acknowledge our undeserved privilege.

As I sit and write this article, Redefining Realness is positioned on the left-side of my dining room table while my last scoop of chocolate ice cream is on the right. Blankly staring at the words on this laptop, I am constantly reminded that transgender women, particularly transgender women of color, will have their identity challenged, criticized, and policed, even from alleged supporters. And for that Janet, I am sorry. I am sorry that you and your transgender sisters (of color) live in a world that simply will not allow you to navigate in a secure, affirming, and loving space free from cissexism, misogyny, transphobia, and racism.

Like many people following your career, I was intrigued by your path to womanhood, identity, and so much more. But it is the so much more that made me rip apart the book-shaped package delivered to my desk last week, hoping it would be my embarrassment of riches: your memoir. Your book connected with me immediately and though I am cisgender, what resonated with me was your path to finding yourself. This path to identity and self-love, I have learned, is a metaphysical dilemma but it is one we can conquer.

Janet, your book will save lives. And I am sorry that self-proclaimed allies may not be able to experience that just yet. As I watched your initial segment with Morgan, I couldn’t help but to think how you must have felt in that setting: a transgender woman of color ready to discuss your first book, while all Morgan wanted to discuss was his infatuation with your assignment-at-birth. Surely you and your transgender sisters are no stranger to this invasive line-of-questioning though. Just last month, in fact, Laverne Cox and Carmen Carrera were berated with media’s fixation of genitalia as if it is synonymous with or related to gender, gender identity, and gender expression.

I couldn’t help but imagine the “here we go again” mindset you must have had when Morgan began the interview with “this is the amazing thing about you: had I not known anything about your story, I would have had absolutely not a clue that you had ever been a boy, a male.” What troubled me was that he expected you to take this as a compliment – an ode to your ability to pass and operate throughout life as a “real woman”.

Janet, as you know, the more we focus on assignments-at-birth and preoccupy ourselves with transition and surgeries, the more oppression and discrimination faced by transgender people will continue to go uncovered. I can imagine you wanting to discuss how transgender people have complex and nuanced identities that go beyond gender. And I can even conceive you wanting to discuss your advocacy work regarding #girlslikeus, which has helped to save the lives of many young girls by elevating voices to ensure their visibility. But no, Morgan only wanted to mention disclosure to your boyfriend and sex reassignment surgery. And for that Janet, I am sorry. I am sorry that your lived experience was deduced to an old Maury Povich or Jerry Springer episode.

Even more, I am sorry that Morgan responded defensively on Twitter, claiming that he was disappointed in your tweets and accused you of “deliberately, and falsely, fueling some sense of [him] being ‘transphobic.’” What I learned from standing in solidarity with the transgender community is that sometimes, most times, it is best to remain silent and listen. In fact, I reckon only the worst “allies” attempt to place their feelings over those who they claim to stand in solidarity.

What frustrated me more than anything was the amount of cis heterosexual white patriarchal privilege that emanated from my television screen during Morgan’s interview of you. The problem is that no matter how much sense you made, Morgan was going to be the victim because society has taught him that he wins even when he loses. In his eyes, at least at that time, it was impossible to oppress a transgender woman of color since he has been supportive of past LGBT – or as he said, “gay” – concerns.

Janet, you and the transgender community go through enough without constantly explaining “sex” versus “gender.” And while I understand it may be our jobs as advocates to educate, I also know it is aggravating to have our lives picked, prodded, and dissected. It is even more troublesome when you realize that your lives will be more scrutinized when you stand at the intersection of multiple identities. As I stared at the television screen, full of emotion and frustration, I couldn’t help but to examine the cissexism, misogyny, and racism pervasive throughout both interviews, though clouded with “I support you” language.

You are strong, Janet. Much stronger than I could be in that setting. Make no mistake, though, your interviews did teach me one valuable lesson: cis folk, myself included, have a long way to go before we can claim to fully stand in solidarity with the transgender community. Step one is learning when to remain silent.

Cis-to-Sis, Janet, we support you. Keep speaking your truth and redefining your realness!

Preston Mitchum is a civil rights advocate and policy analyst in Washington, DC. He has written for The Atlantic, Huffington Post, and Think Progress. Preston is obsessed with incorporating intersectional frameworks into laws and policies. Follow him on Twitter @PrestonMitchum.